The Academy allows for up to ten nominees in the Best Picture category (other categories top out at 5). This year nine made the cut.  But let’s be honest, there’s no way five films have a realistic chance at grabbing Oscar gold, much less nine or ten.  The expansion was designed to get more mainstream/popular films into the mix and boost viewer interest. To an extent, it’s worked.  Here we are still (deservedly) talking about Get Out, which debuted a year ago.

So we’re dividing Best Picture into two sub-categories: Pretenders and Contenders.  Today: the ones who are truly honored just to be nominated.

Call Me By Your Name

A touching film about young love, self-discovery, and inevitable heartbreak. Shot beautifully in Italy and set in the 80s and well before marriage equality, it’s a pseudo period piece.  But it’s no Brokeback Mountain, although Timothée Chalamet is on track to challenge Jake Gyllenhaal for one of Hollywood’s sexiest leading men. The movie is good but we’re not sure it’s even one of the top ten best movies of the year. 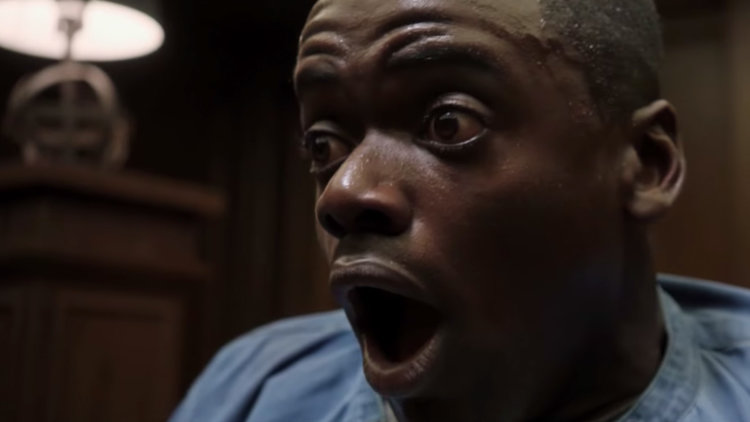 This movie came out in an exceptional year for the horror genre.  Annabelle: Creation and It also made exceptional contributions to the cause.  But it’s Get Out with its intricate story lines and mental games that rule the day.  Daniel Kaluuya is a revelation, and continues his winning streak in Black Panther.  However, Get Out is still a Pretender but could take home Best Original Screenplay early in the evening.

A beautiful film telling a beautiful story with beautiful performances.  But beauty won’t carry the day.  This film came out of the blue on nomination morning, nabbing noms for Paul Thomas Anderson in Director category and Daniel Day-Lewis for actor.

There is little to no buzz around this film or the performances.  Maybe the studio is content with nominations, after all, there are only two true contenders in this category this year, and three potential spoilers.  Phantom Thread will not be a spoiler.

Also known as: The Other Dunkirk movie.  The battle of Dunkirk hasn’t gotten a lot of press in the last 50 years or so, then all of a sudden we have two movies on the subject nominated in the same year.  Talk about history repeating.

O’Douls. It looks like beer. Tastes like beer. But doesn’t pack the punch of the real thing.  We’ll get you liquored up with tomorrow’s Cocktail Rec when we break down the pretenders.

This is a text widget, which allows you to add text or HTML to your sidebar. You can use them to display text, links, images, HTML, or a combination of these. Edit them in the Widget section of the Customizer.
Loading Comments...
%d bloggers like this: